Well, alright, this mention of the site was purely down to a gratuitous email from me! I've followed Starburst on and off for many years - it's easier to find in newsagents than it used to be and provides a good broad view of what's what in the fantasy genre. The reply to my letter, reproduced below, and an unrelated email prompted me to include the answer to the Skull issue in the FAQ. The funny thing was, I'd virtually forgotten about the email I sent them when it finally turned up in the August 2001 issue (no. 276) - and so the URL was the old one, rather than SFXB which had only come into being a couple of months earlier. Still, better late than never, right?! 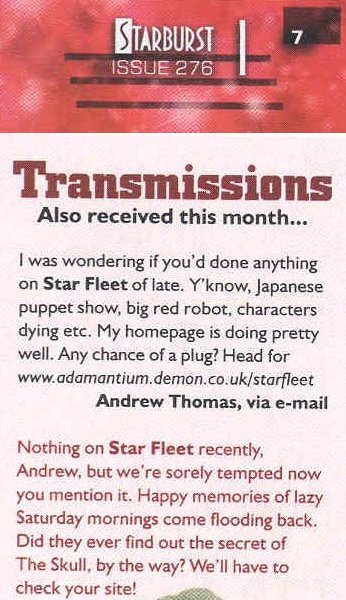