This article came about in an even more unexpected fashion than Toru's and Mr Elman's. One night I did a Google search on both Terrahawks and Star Fleet, and was bemused to see Ghostbusters coming up in one of the results. Odd, thought I, unable to make a connection between the three titles. So I read the page, and it turned out that it was an interview which Paul Green had given to a Ghostbusters site in which he talked about his other work. The article gave me enough information to contact Mr Green, so without further ado, over to him... STAR FLEET & TERRAHAWKS Annuals
The Artist's View
by Paul Green

My first impressions of Star Fleet when asked to contribute artwork to the Annual was of a hybrid between Gerry Anderson, Marine Boy (before the days of Manga as we know it today) and Space Patrol (the quirky sixties sci-fi puppet show).

The puppets had that eerie quality that I recall from Space Patrol and the big eyes so familiar to Japanese animation and comics. Puppets are difficult for artists to interpret. They live in a no-man's land between real-life and cartoon land. Terrahawks presented many problems, but more of that later.

Myself and artist Phil Woodall were asked to illustrate the 1984 Star Fleet Annual. We were ex-studio based artists for World International Publishing who now worked on a freelance basis. The company was then based in Manchester, opposite Boddington's Brewery and down the road from Strangeways prison.

Artists were usually given a few photos or model sheets to work from and little else. Occassionally a video could be viewed. I stress occassionally. For some reason, writers were often given access to more information on the show than artists who were seen as the last link in the creative chain. Which often meant tight deadlines.

[SFXB: From what Paul tells me, this answers one outstanding question about the annual - why did it use the Japanese names for some of the hardware? Answer - the writers were given access to licensed material from Japan. Which still leaves a question over why the character names were the correct English ones - but my take on it would be that the checkers didn't care about what the Dai-X components were called; the character names would have been more important.]

In 1983 traditional techniques were still employed in creating artwork. No computer colouring. Just plain gouache paint and Winsor & Newton or Rowney inks. Plus the one colour overlays.

My contribution consisted of artwork for the text stories 'Collision Course', 'The Hunt', 'The Forgotten Memory' and 'The Mutant Worm Attack'. My style was influenced by the far superior Mike Noble who drew the Look-In strip. I'd admired his work on Fireball XL5, Zero X and Captain Scarlet in TV Century 21 comic.

The licensing people had to check all artwork before publication. This usually meant corrections and criticisms. The Star Fleet licensing team were no different. The eyes were a problem. Whether to make them look more natural or keep them large. The solution was a halfway compromise. Expressing movement with Commander Makara and Captain Orion was also difficult and photos always showed more or less the same pose. And of course because puppets have very little body movement it's easier to just show them as talking heads in static poses than in dynamic movement.

I recall the licensing people not being very happy with the Annual and citing Noble's work on Look-In as how the artwork should have looked. So I have mixed feelings about the one and only Star Fleet Annual.

Images from the Star Fleet Annual, courtesy of Paul Green: 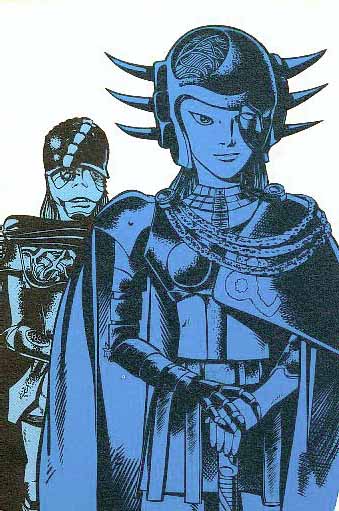 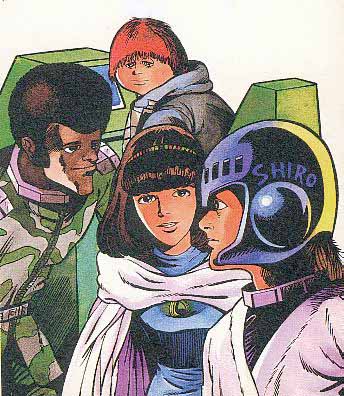 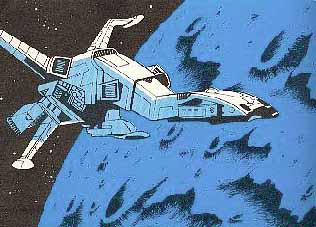 When I first heard Gerry Anderson was producing a new puppet series I envisioned a classic show in the Thunderbirds or Captain Scarlet mould. But when the writers and artists were invited to watch a preview of Terrahawks we were all disappointed. The old string puppets had been replaced by Muppet type creations and Zelda just seemed childish. But the thought of working on a new Gerry Anderson creation was exciting.

Two Annuals would be published. The first was more enjoyable to work on. The artwork was split between myself, Mel Powell (a World artist since the early 60's and my art teacher at Art College!!), Glenn Rix and Phil Woodall. I illustrated 'Sting Attack' and 'The Shrink'.

The second Annual was more of a problem due to harsh complaints from the licensors. The situation was so bad I had to make a personal journey to Bray Studios to defend the artwork! In retrospect I'm glad the art was considered so bad I had to make the trip because I got to see the studios where Terrahawks was made (as well as many classic Hammer horror movies).

The art problem was mainly caused by two comic strips that had been drawn by a new freelance artist. They were a disaster and needed extensive alterations by myself and Mel Powell. Other aspects of the artwork also came under attack. Mainly the likenesses. They thought they looked too stiff and puppet like and wanted a more natural look to them.

Artists on the Annual included myself and Mel Powell plus the unknown strip artist. I illustrated 'Revenge of the Dinosaurs', 'Destination Sun', 'The Ga-Ga Bug', 'The Curse of the Mummy', 'Hiro's Brain Busters' and 'Terrahawk Ticklers'. I used a mixture of Winsor & Newton and Rowney inks for colouring.

I recall when visiting the Anderson offices at Bray Studios having a semi-heated discussion about the artwork which ended in my criticising the show and the new style puppets. The man behind the desk was very proud of the fact that the Kate Kestrel single had made the bottom half of the music charts and said Mary Falconer represented 'a typical English rose'. 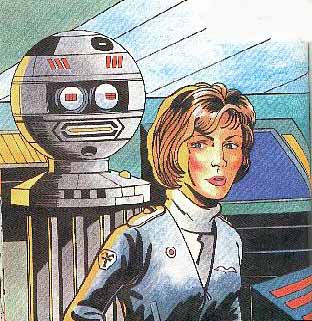 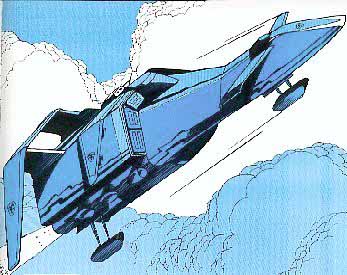 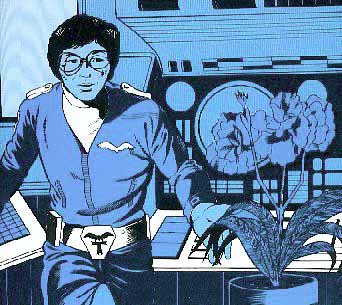 My thanks to Paul for taking the time to contribute all of the above; if you'd like to contact Paul you can email him by selecting these words. Paul is the co-author of Green's Guide to Collecting TV, Music and Comic Book Annuals.